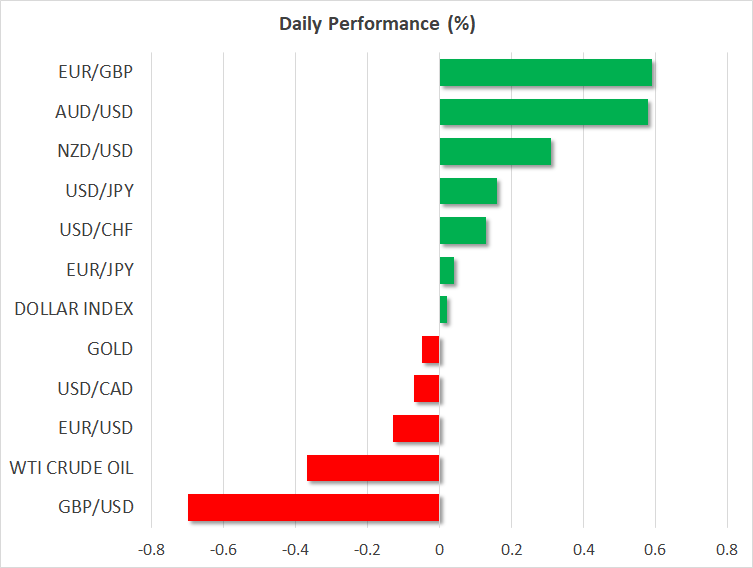 The RBA decided on Tuesday to leave interest rates steady at a record low of 1.5% for the sixteen-consecutive meeting as expected. The monetary policy statement following the decision was perceived as hawkish by investors as policymakers omitted the phrase “inflation is likely to remain low for some time”, providing some support to the Aussie. Moreover, better-than-expected readings on Australian retail sales published prior the RBA statement were good news for the central bank which hopes inflation would pick up and the economic outlook would improve. Retail sales rose by 0.5% m/m in October, surprising analysts who forecasted a growth of 0.3%. September’s mark was also revised upwards from 0.0% m/m to 0.1%. In the wake of the news, the Aussie surged to a three-week high of $0.7653 (+0.61% on the day).

The New Zealand dollar followed an uptrend as well towards a session high of $0.6906 (+0.35%), supported by comments delivered by the acting RBNZ governor, Grant Spencer. Spencer said that “In pursuing long-term price stability objective, relatively more weight is being attached to output, employment, and financial stability” due to persistent low import prices – a fact that could reduce chances for further rate cuts.

The pound retreated back to $1.3385 (-0.71%) after progress on Brexit talks was stuck in Brussels, with the UK Prime Minister Theresa May unable to persuade the EU on any positive developments on the issue of the Irish border. Euro/pound was 0.61% up at 0.8856.

At 0900 GMT, the eurozone will see the release of November services and composite PMI figures. Those would pertain to their final readings though and are not expected to gather much attention – analysts expect the figures to be released unchanged relative to their flash estimates. One hour later, euro area retail sales for the month of October will be made public. Month-on-month, sales are expected to contract by 0.7% and year-on-year to grow by 1.5% (September’s respective readings stood at 0.7% and 3.7% respectively).

Out of the UK, the November Markit/CIPS services PMI is due at 0930 GMT. The gauge of activity in the UK’s largest sector is forecasted to fall to 55.0 – remaining though comfortably above the 50 threshold that separates contraction from expansion – from October’s 55.6.

The outcome of the global milk auction will be known around 1200 GMT (the release is tentative though, lacking a certain time of release). Major dairy exporter New Zealand and consequently the kiwi will be in focus.

US international trade data and Canada’s trade balance (both for the month of October) will be made public at 1330 GMT. The US will also see the release of ISM’s services PMI for November at 1500 GMT. Activity in the sector is expected to ease with the index falling to 59.0 – still, a robust reading – from October’s more than two-year high of 60.1.

API weekly data, including on US crude oil stocks are due at 2135 GMT. 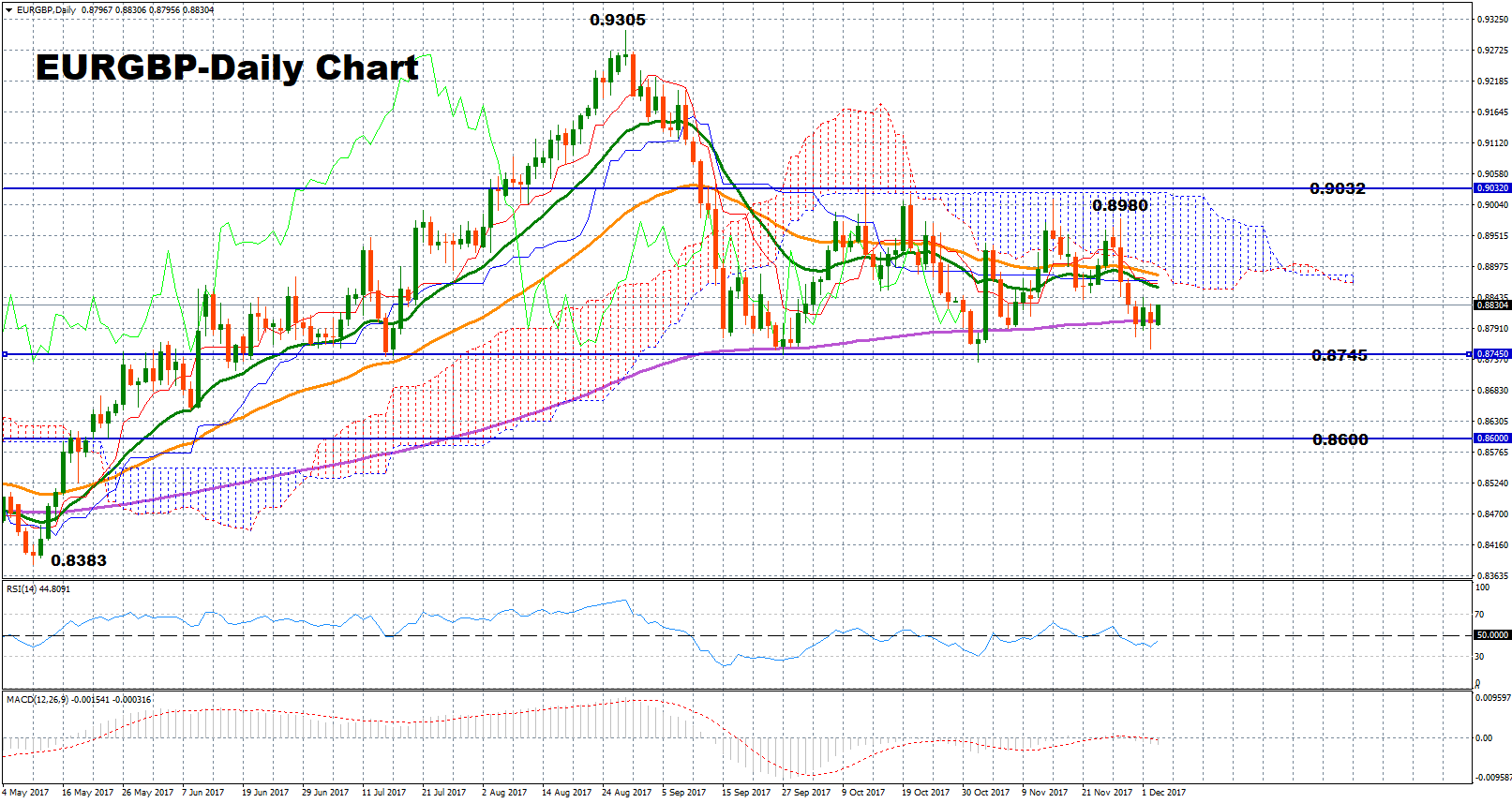 EUR/GBP has been moving sideways between 0.8745-0.9032 since the end of September following a sharp fall from an eight-year peak at 0.9305. In the short-term, the bias is looking neutral with the pair looking likely to remain within the current range. The technical indicators also support this view, with the RSI trending marginally below 50 and the MACD being attached to zero.

On the upside, immediate resistance could emerge between the 20-day EMA and the 50-day EMA (0.8861-0.8883) before the pair heads up to the upper bound of the range at 0.9032. If this point is broken, the scope would open for a revisit of the eight-year high of 0.9305, turning the bias from neutral to bullish.