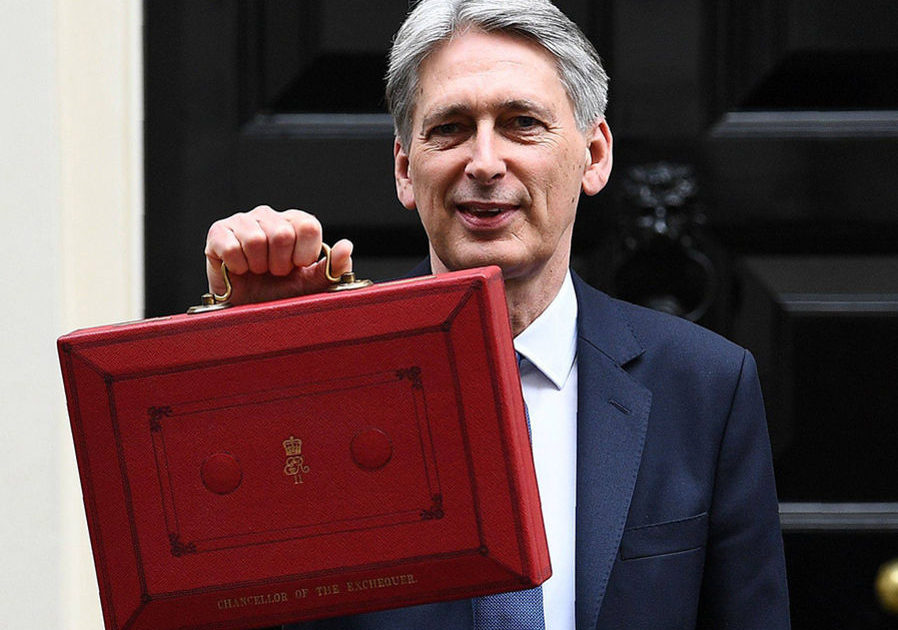 Euro rebounds as eurozone consumer confidence surprises to the upside

The British Budget for 2018 was the main focus during yesterday’s European trading session, while a strip of economic releases out of the US also attracted some attention. The pound posted short-lived losses after British official budget forecasters downgraded the country’s economic outlook, while the dollar dipped into losses after strong flash readings on eurozone confidence activated euro bulls.

The British Finance Minister, Philip Hammond, delivered the UK’s budget statement for 2018 in the Parliament on Wednesday, announcing that official GDP forecasts were lowered for the next four years. Particularly, he said that the Office for Budget Responsibility is now estimating that GDP will grow by 1.5% in 2017 compared to the 2.0% expected in March. For 2018, growth forecasts were reduced from 1.6% to 1.4%, while an expansion by 1.3% is projected for both 2019 and 2020, below the previous projections of 1.7% and 1.9%. With the economy growing slowly, Hammond will struggle to raise taxes and support public finances at a time when the country is preparing to exit the EU. GBP/USD lost ground in the wake of the announcement but managed to rebound to 1.3291 in the face of a weaker dollar. On the day, the pair gained 0.40%.

The euro erased earlier losses after flash estimates on Eurozone confidence surprised to the upside. Eurozone consumer confidence rose to its highest in almost 17 years to stand at 0.1 according to November flash estimates by the European Commission. This is the first positive reading for the index since early 2001 and compares to expectations for a reading of -0.8 and October’s downwardly revised -1.1 (from the previous -1.0). EUR/USD reacted positively following the data release, eventually rising to the day’s high of 1.1796. The pair last traded close to the aforementioned high (+0.48% on the day).

On the monetary policy front, the ECB is said to delay any policy movements at its December’s meeting according to sources familiar with the matter. The central bank decided in October to scale back economic stimulus by halving its asset purchases and extending the asset purchase scheme by nine months, pushing out any prospect of a rate hike until 2019. Although the ECB chief, Mario Draghi said that some decisions may be left for December, sources claimed that they do not “expect any substantial discussion before March or possibly mid-year”.

Meanwhile, in the US, new orders for capital goods made in October, declined unexpectedly for the first time after two months of advancing. Analysts had forecasted a smoother rise of 0.3% m/m, but the actual reading came in negative at -1.2%. In September, new orders increased by 2.2% m/m. Excluding volatile items, durable goods orders expanded by 0.4% m/m, below the 0.5% expected and the 1.1% tracked in September.

In other US data, initial jobless claims for the week ending November 17 declined by 12,000 to 239,000 applicants as expected after two weekly consecutive increases. The four-week average gauge, though, inched up to 239,750 as previous marks were revised upwards. The Michigan Consumer Sentiment index beat expectations, rising by 0.9 points in November to 98.5.

Later in the day, the FOMC meeting minutes brought further volatility to the market.

Looking at energy markets, oil prices pared some of their gains earned during the Asian session after touching a two-year high early on Wednesday despite the EIA report confirming a decline in US crude oil inventories. The EIA numbers showed that US crude oil stocks decreased by 1.855 million barrels compared to a fall of 1.545 million expected by analysts. However, gasoline production rose by 0.580 million barrels, posting the highest increase since February. WTI crude slipped to $57.39 per barrel but remained 1.0% up on the day. Brent moved down to $57.42 a barrel, gaining 0.14%. 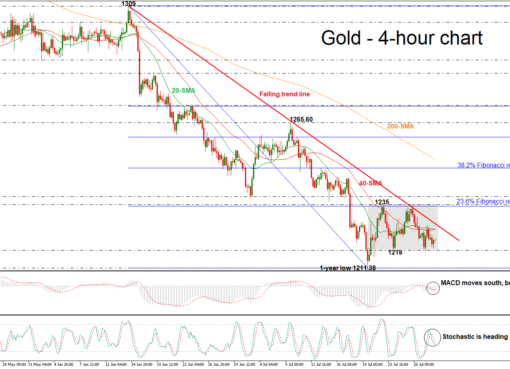 Technical Analysis – Gold in a bearish mode in the medium-term 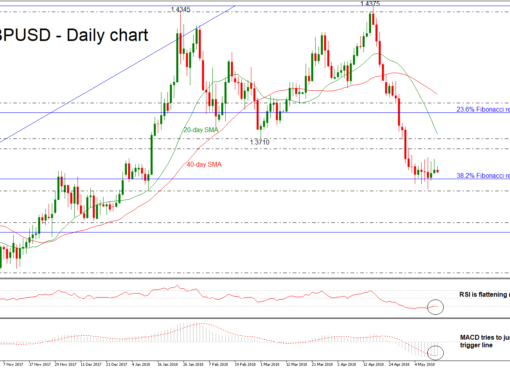 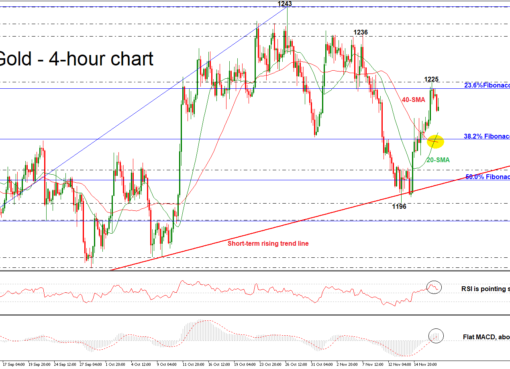