On Monday, we have a relatively quiet day, with no major events or indicators on the economic agenda. 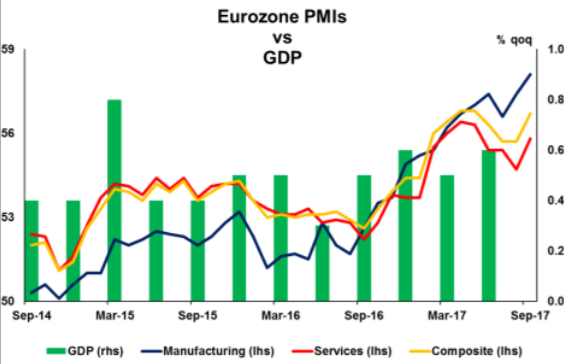 On Tuesday, we will get the preliminary manufacturing and services PMI for October from several European nations and the Eurozone as a whole. The forecast is for most of these indices to remain unchanged or to tick down. Even though such declines could signal that the bloc’s economic recovery has lost some momentum, we doubt these will be particularly discouraging news for the ECB, considering that they already stand at relatively high levels. As such, even in case of a decline in most of these indices, we don’t think this will have a major impact on the ECB’s tapering plans. 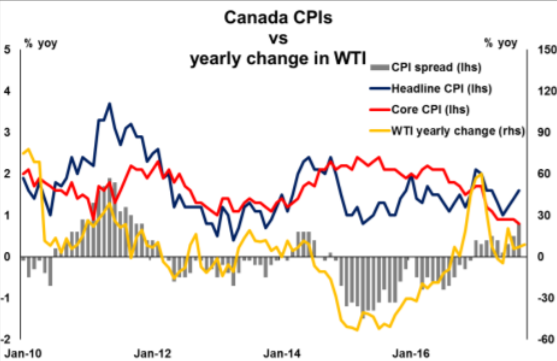 On Wednesday, the main event will be the BoC rate decision. In the absence of a forecast, we see the case for the Bank to remain on hold, having hiked rates at both of its latest meetings. Market participants seem to be in agreement, with the implied probability of a hike being only 21% at the time of writing. Even though we may not get a hike at this gathering, we expect the Bank to provide signals that another one may be looming in the near term, considering that developments since the latest gathering have been more or less in line with the BoC’s expectations. The labor market tightened further in September, the economy’s output gap continued to close in Q2, and even though the core CPI rate ticked down in September, the headline rate rose. Meanwhile, the Canadian dollar corrected lower against its US counterpart, likely easing some of the BoC’s concerns regarding the sharp appreciation in the exchange rate. 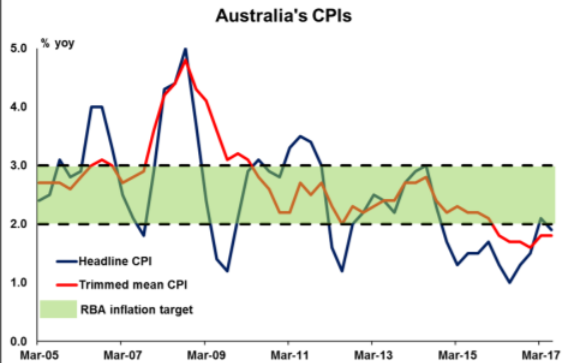 During the Asian morning, Australia’s CPI prints for Q3 will be in focus. We see the case for both the headline and the underlying (trimmed mean) CPI rates to have risen, following modest tumbles in the last quarter. Our view is based on the Melbourne Institute inflation gauge, which in September showed both the headline and the trimmed mean rates at +2.5% YoY. Even though an uptick in these rates would likely be pleasant news for AUD-bulls, we remain skeptical as to whether the RBA will turn hawkish anytime soon. Indeed, an uptick in the trimmed mean rate, in particular, would be encouraging, but we think policymakers may place more emphasis on the still-subdued wage pressures and thereby, refrain from appearing overly optimistic. 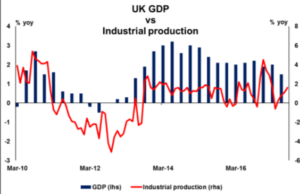 In the UK, the 1st estimate of GDP for Q3 may attract extra attention is given our proximity to the November BoE meeting. Without a forecast available yet, we see the case for the UK economy to have picked up some speed, following a lackluster +0.3% QoQ in Q2. We base our view on the NIESR estimate of GDP, which showed economic growth reaching +0.4% QoQ in Q3. Although that number is still short of impressive, we believe that it is likely to be another piece of data entering the basket of those supporting a rate hike by the BoE at the upcoming November meeting. 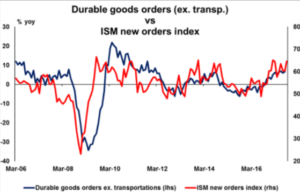 In the US, durable goods orders for September are due out. Expectations are for the headline rate to have declined but to still remain in positive territory, while the core rate is expected to have held steady. We view the risks surrounding both of these forecasts as somewhat tilted to the upside, considering that the New Orders sub-index of the ISM manufacturing PMI for the month rose, which suggests accelerating growth in new orders.

On Thursday, the economic calendar is packed, with three major central bank meetings on the agenda. The ECB, the Riksbank, and the Norges Bank will all announce their policy decisions. 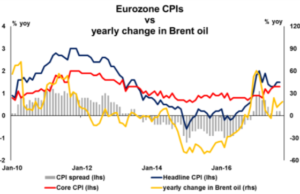 Kicking off with the ECB, this is a highly-anticipated meeting, as the Bank is expected to unveil a plan for the future of its QE asset purchases. We think market participants are likely to focus on whether the Bank will proceed with a so-called “dovish tapering”, whereby it begins to reduce its asset purchases without providing a clear roadmap for when the process may end, or whether it will provide such a timeline. Recent media reports quoting “officials familiar with the debate” suggests that the Governing Council is divided on how to proceed.

In our view, the Bank is more likely to err on the side of caution, given the still-uncertain prospects for the bloc’s economy. We doubt that officials will pre-commit to a roadmap for reducing purchases to zero, as that could risk an unwanted tightening in financial conditions that the Bank surely wants to avoid, given the Fed’s experience with the “taper tantrum”. Overall, we find it difficult to envision a scenario where the ECB surprises market participants with its aggressiveness, given that the usual method of operation for Draghi & Co is cautiousness, and that the Eurozone has not yet shown any material sign of a pick-up in inflationary and wage growth pressures. 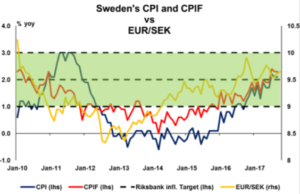 Turning to the Riksbank, it appeared quite cautious when it last met, keeping its interest rate easing bias in place (unlikely the ECB and Norges Bank) and surprising market participants looking for a more hawkish tone. We believe that officials are unlikely to change tone substantially at this gathering, bearing in mind that most of the economic data we received since they last met were not particularly upbeat. Both the CPI and the CPIF rates remained unchanged in September after ticking down the previous month, while GDP growth for Q2 was revised lower, something likely to keep the Riksbank from appearing optimistic, at this meeting at least. 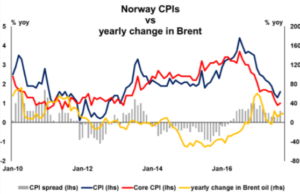 As for the Norges Bank, in contrast to its Swedish counterpart, its tone was relatively optimistic at its latest meeting, with policymakers bringing forward their expectations regarding the timing of the first rate hike in Norway. They also noted that increases in capacity utilisation suggest inflation will pick up further out, something that was somewhat confirmed shortly thereafter, as both the headline and the core CPI rates ticked up. Given that this was the only major piece of economic data that we received since that gathering, we don’t expect any drastic change in this Bank’s language either, with officials likely to reiterate their relatively optimistic view on Norway’s economy. 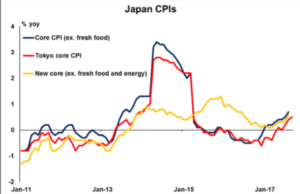 Finally, on Friday, Japan’s CPI data for September will be in focus. No forecast is available for the headline rate, while the core one is anticipated to have ticked up again. Our own view is that the headline rate likely remained unchanged, while we share the view for an uptick in the core rate, given similar movements in the nation’s forward-looking Tokyo CPI for the month. If the core rate indeed ticks up, it is likely to be very encouraging news for BoJ policymakers. It could be a sign that the Bank’s QQE with yield-curve control framework is finally producing the desired effects. That said, we would need to see much more improvement on the inflation front before we begin to examine the case for the Bank to alter its ultra-loose policy, or to reduce the amount of stimulus it pumps into the economy. 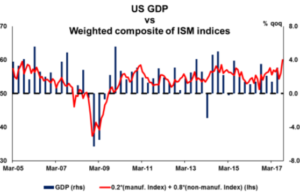 From the US, we get the 1st estimate of GDP for Q3. The forecast is for economic growth to have slowed to +2.5% QoQ SAAR, from +3.1% QoQ SAAR in the second quarter. We view the risks surrounding that forecast as somewhat tilted to the upside, perhaps for the growth rate to decline by less than expected. We base our expectations on the Atlanta Fed GDPNow model, which at the time of writing estimates Q3 growth at +2.7% QoQ SAAR. What’s more, our weighted composite of the ISM indices suggests that growth may have even picked up some steam throughout the quarter.