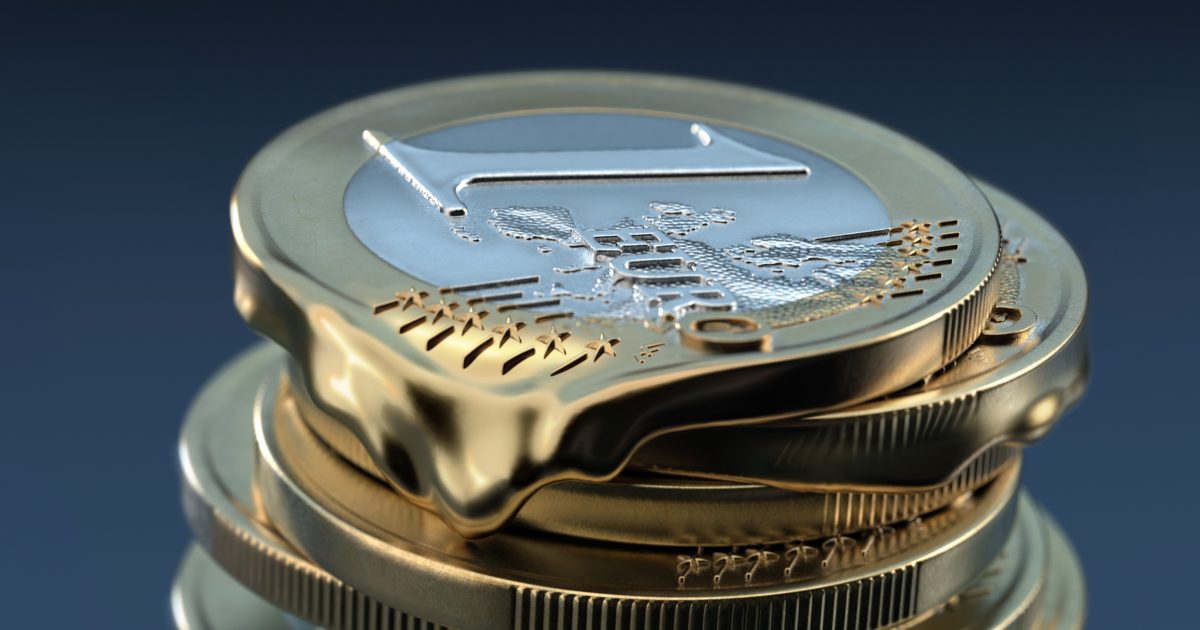 The European Central Bank has once again confirmed it is seriously considering cutting lending rates or introducing an easing programme involving the purchase of bonds. This had already been widely expected by analysts and traders and we could be seeing this action being taken as soon as June.

When the cutting of the interest rates does occur, it will be interesting to see how the markets will react to this news. When the previous interest rates decision was announced, confirming that the rates will be kept at the same level, this was followed by a dovish statement from Mario Draghi and then the value of the Euro then plummeted. If the rates are cut this time, will the Euro fall or rise?

The EUR/USD seems to be continuing its downtrend that started about 3 weeks ago when the market failed to break the 1.40 level and it looks as though this trend may continue a while longer.

If we look at the daily price chart for the EUR/USD we can see that the price has broken through a  support level situated around the 1.3670 level. This level is also a 61.8% Fibonacci retracement level.

The price then fell approximately 60 pips after successfully penetrating this level and following this the price retraced to the broken support of 1.3670. Then like clockwork, the old adage “old support becomes new resistance” comes into play and the price tests the 1.3670 level (which was also reinforced by the 61.8% Fibonacci level) before falling slightly again.

As seen from the daily chart below the RSI indicator is in the oversold territory which could be a  sign that the market will again test the 1.3670 level. Depending on the results of the news reports concerning both the US Dollar and the Euro in the upcoming weeks, we could see the Euro either depreciate further or begin to recover. Some of the news reports and information due to be issued this week that could be important 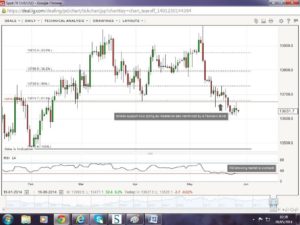 enough to move the markets include: 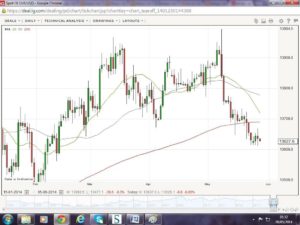 When we add the 20, 50 and 200-period simple moving averages to the daily EUR/USD chart we can see that the price is in a downtrend as it is below all of the moving averages. However, the moving averages are not in order (meaning the 20 period MA is closest to the price followed by the 50 MA and the 200 MA is furthest away from the price) which could indicate that the downtrend is not yet as strong as it could be. In the chart below the 20 MA is represented by a green line, the 50 MA is grey and the 200 MA is red. 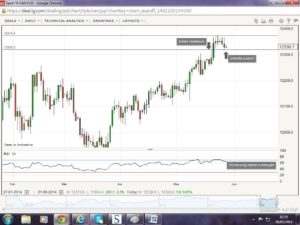 The daily chart of the GBP/EUR below shows a clear uptrend in progress but the price seems to have found some resistance around the 1.2370 price level and has retraced to a previous high and level of resistance around 1.2320. The RSI is showing overbought signals so as before with the EUR/USD we will need to take note of the news reports being issued in the upcoming weeks. The only real important news report concerning the UK due to be released this week is the GfK consumer confidence survey being released on Friday. We may have to look at the news coming out of the Eurozone. 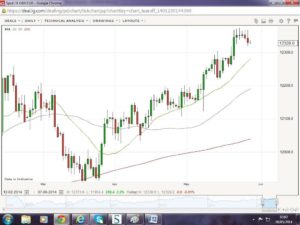 There is a strong uptrend on the GBP/EUR and this is made clear when we add the 20, 50 and 200 MA’s to the chart. The price is above the moving averages and these are moving in order. This strong trend is due to strong fundamentals of the GBP and the weakening of the Euro. 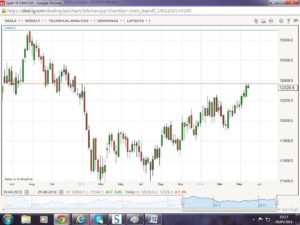 Recently there has mainly been positive news reports coming out of the UK and the general consensus is that the UK economic recovery is on track (apart from the housing situation in the UK), whereas the situation in Europe is much bleaker with talk of interest rate cuts and quantitative easing being considered by the ECB. If the GBP can break the 1.2370 level we could see a potential rise to the 1.2900 level and a possible test of the 1.30 level, although this most likely won’t be happening very soon. 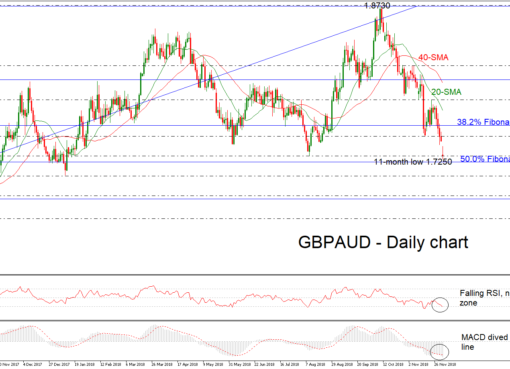 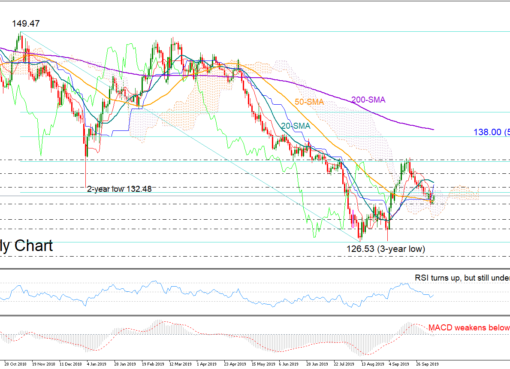 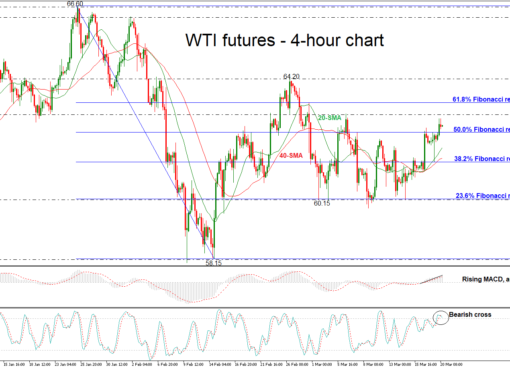